A Spark From Mark 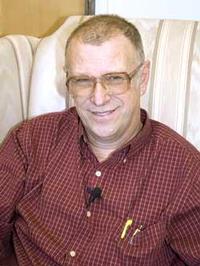 Be not ashamed of bearing the name Christian

I just read an article by a professing Christian who stated the following: “Here it is nearly Easter, and for the first time in my life I don’t want anyone to know I’m a believer.” Why? Because of the supposed hypocrisy of the “values of the rural South” known as “famed Southern hospitality.” The author went on to state this: “To many, ‘Christian’ has become synonymous with angry white voters in red hats, personally responsible for handcuffing all those undocumented mothers and wrenching them out of their sobbing children’s arms.” The concluding remark of this article was this: “would they have voted for a political candidate who supported marriage equality? Not a chance.”

I find it greatly ironic that this person was not nearly as disturbed when some major Christian denominations not only approved of homosexual couples, but also approved of ordaining homosexuals for their clergy. Evidently this didn’t cause any concern for being a Christian, since this Easter it is “the first time in my life I don’t want anyone to know I’m a believer.”

I’m reminded of what the apostle Peter stated, “If you suffer, it should not be as a murderer or thief or any other kind of criminal, or even as a meddler. However, if you suffer as a Christian, do not be ashamed, but praise God that you bear that name.” (1 Peter 4:15-16) He states that one shouldn’t be sinning as a Christian but if one suffers for doing right then don’t be ashamed to bear the name Christian. Yes it is shameful for Christians to sin and especially to proclaim sin as righteousness, as is the case when someone supports homosexual marriage. But as evidenced by this article, which appeared in the New York Times, it is more shameful to vote for someone who would remove illegal aliens from this country.

Not only are Christians in America not suffering as a Christian, but many are twisting what it means to even be a Christian. I recognize that it is shameful for professing Christians to do evil in the name of Christ but it is not shameful to stand for what is right and as Peter declared, “praise God that you bear that name.” As Christians we are to “Have nothing to do with the fruitless deeds of darkness, but rather expose them. It is shameful even to mention what the disobedient do in secret. But everything exposed by the light becomes visible—and everything that is illuminated becomes a light.” (Ephesians 5:11-13)

Jesus called us as Christians to be the light of the world and that means declaring the truth in word and deed. Jesus is the truth and the only truth so let’s not compromise the truth even when it is unpopular to do so. This may be the closest a Christian in America comes to suffering in bearing the name of Christ.

In the service of the Master,